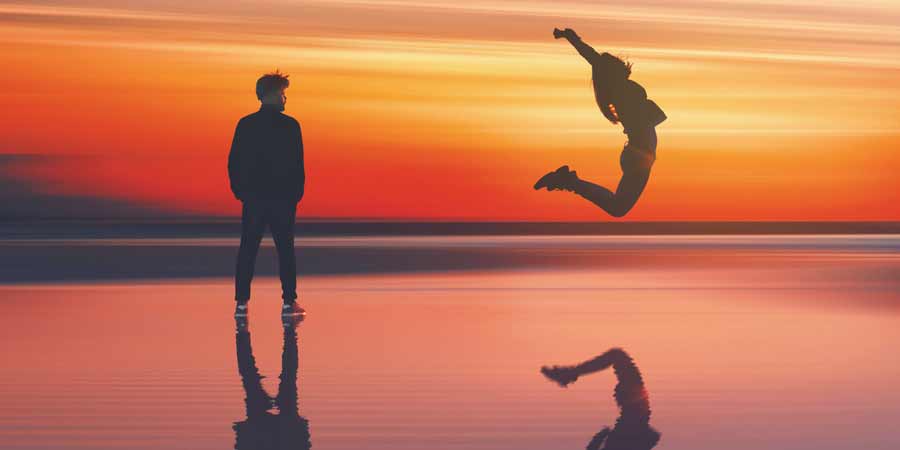 When we've known someone for a long time, we can think that we really know them well. Over the years, we've seen them in different ways and we feel like we know them inside and out. Knowing them, we can have certain expectations of them; when those expectations aren't met, we so easily find ourselves trying to guess why. We can wonder if it's not about disrespect. However, it's so easy for us to be led astray and start jumping to the wrong conclusions.

Even though we might know other people well, we don't know them as well as they know themselves. They are still another person, and we still can't accurately know their thoughts and feelings.

Along with that, we often don't know ourselves particularly well either. It's when we combine the two – not knowing ourselves and not knowing the other – that we get into trouble and jump to the wrong conclusions.

A classic way we do this is when we misinterpret someone else's actions. Let's take an example. There might be someone at your work or a friend who has agreed to do something important for you. You have carefully explained why it's important, they have agreed and it all looks set to be done. Then, for one reason or another, the person doesn't do the thing they agreed to do.

If this situation, you might feel there are all sorts of reasons why the thing hasn't been done. Maybe they ran out of time. Maybe they didn't understand it was important. Or, you might get to thinking that they don't respect you.

Jumping to the wrong conclusions –  it's not about disrespect

In this case, you're jumping to the wrong conclusions. You've interpreted their actions as being about respect (or lack of respect). However, in this instance, the other person may not be thinking about disrespect at all. If so, for them it's not about disrespect at all. They may have other priorities in their work or private life that mean that the things that they know you need done don't get done.

So what do we do instead ? Much better that we press ‘pause' on things for a moment and actually find out from the person why they haven't done what they have done, and try to work a way around it. Talk to them about how you were actually affected by them letting you down, not about the meaning you gave it.

Counselling is something that people can use to help overcome their expectations – unrealistic or otherwise – of other people. I do counselling with individuals and couples in Richmond and Sunbury.

Let me know what you think in the comments. Now, read about the relationship between power and vulnerability.

(Thanks to G.F. For the inspiration for this post)