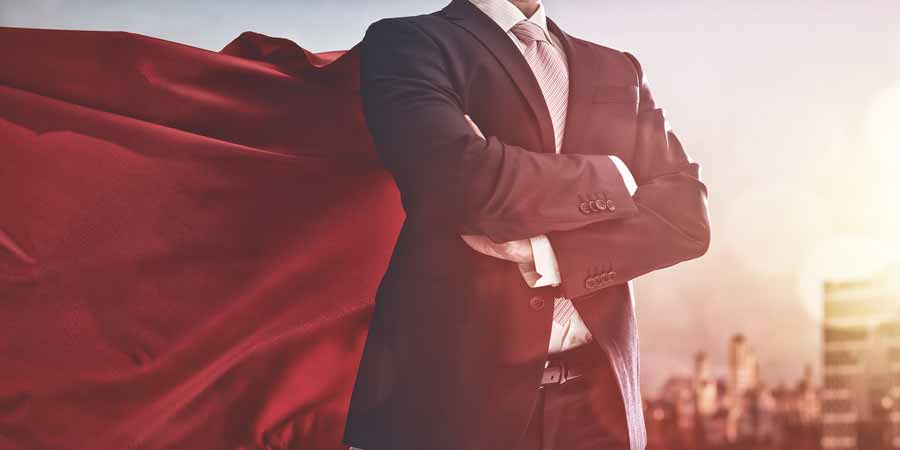 The ancient Romans revered Romulus. Their legends said that he, with his twin brother Remus, founded the city of Rome 400 years before. They assigned all sorts of worthy characteristics to Romulus; nobility, strength in battle, wisdom and moral certainty. On the other hand, Remus was seen as having much more unworthy qualities. The difficulty was, even then there were no accurate records about the early founding of Rome. So instead of being accurate about their hero, it's likely the Romans were doing something very human and ignoring the hero within.

We look for heroes

It's in our nature to find heroes, and hold them up as being someone can we look up to. Movies about heroes such as the Marvel series of films show us that we're still very captured by the idea of heroes.

The trouble with all this is that we don't actually know other people very well. We have access to our own ideas and feelings (although this is far from full access), but we can't access the thoughts and feelings of others.

We can't actually know what others think or feel, even if we spend our lives with them.

For people from the past, all we have left is our own and other's impressions of them and what they wrote about themselves. This is a far from complete picture.

We give our heroes our own qualities

In the absence of solid information about other people, we assign them with personal qualities that we know about through knowing ourselves. We make these people from the past good or bad guided by our beliefs about what we see as being good or bad personal traits. In the case of our heroes, we want to give them personal strengths that we find admirable, the attributes we find within ourselves. With villains, we do the same. We get these from acknowledging the good qualities that we get from the hero within ourselves.

The Romans gave Romulus qualities that they saw in themselves as being good and worthwhile, and then prided themselves as having faithfully followed the example of Romulus. They saw themselves as the worthy successors of their hero, a hero they really knew nothing about. They were underplaying the hero within.

In the same way, we assign our good qualities to our heroes, then pride ourselves on being a little bit like them. The truth is, we're probably much better people than we think. Some of us might even be heroes without knowing it. This is why we can benefit from knowing more about ourselves; to see ourselves as we really are. To help with this, I offer individual and couples counselling in Richmond and Sunbury.

Let me know what you think in the comments. Now, read about one woman's voice.