Typically, men start using pornography in their adolescence. They might discover a magazine or video stash belonging to their father, or be introduced to it by friends. They may discover it through searching the Internet. Once they discover it, it can seem like the best thing ever. Pornography is a product that is designed to appeal, and it’s very successful at doing that – it hooks into some very powerful forces in adolescents. Along with that, they often experience a strong desire to keep it private. They know their parents aren’t going to approve and they aren’t sure which of the friends they can talk to about it. So they keep it close to their chest.

In these early days, it doesn’t seem like a problem – in contrast, it seems like a godsend. When relationships can be difficult and the opposite sex hard to understand, pornography gives young men an easy entree into the world of sex. With nothing to compare it to and no one to ask, the attitudes and worldview that men encounter whilst watching pornography never gets challenged.

Getting into a relationship

When they begin a relationship, many men put pornography on hold. They feel like they’re found a new direction, and it’s common to feel they don’t need pornography. However, for many men, they eventually go back to pornography. This can happen for a variety of reasons, but a prominent reason might be disparity between real world relationships and what they’ve come to expect through pornography.
By this stage, pornography is the fulfilling much more than just a sexual function. It can become a go-to activity when a man is feeling stressed or is procrastinating. Pornography doesn’t ask anything of men – it’s just there. If I don’t like what they are viewing, something that is more appealing is just a mouse click away.

Because it’s happening in private, sometimes pornography takes men to dark places and material that they never would have thought they were interested in. Men become ashamed about what they’re watching, and it becomes even more secretive.

This usually continues until they’re discovered.

The effects of porn usage are varied. Some couples incorporate pornography use into their sexual lives; for them it doesn’t seem to be problematic. However, what typically happens is that men get an increasingly unrealistic idea about what happens in sex, what women want and how relationships are conducted. In addition, some men find it hard to get erections and some find it hard to orgasm. Some men become so alienated from sex with their partner that they lose their sense of arousal. All of these effects reinforce the use of pornography; they might still have the sexual dysfunction, but it happens in private.

In my experience, a key way to help men understand pornography addiction is to understand what part it plays in their life. For many men, it’s a source of stress relief and a way that they can withdraw from the world. For many men, pornography is a fantasy world where nothing is expected of them. They can do whatever they want, and it’s totally absorbing.

When we understand what role pornography plays in the life of a man, then we can structure some replacements for it. These replacements must fulfil the same needs that the man seeks out through pornography use, and it can take a little while to substitute these in.

What you can expect

You can expect that I’m not going to make you feel worse about using pornography. Chances are, you already feel bad enough. Further, making you feel bad about it doesn’t take you closer to stopping. What you need at this stage is someone who is going to listen and hear you out, then to help you understand why you use pornography. Paradoxically, the less shame you feel about using pornography the greater the chances are that you’ll be able to address it.

How to make a start

Making a start is straightforward, and the initial steps won’t cost you anything. Contact me to set up a no-charge initial consultation; when we meet up we can start to talk about the situation and work out a way forward. I’ve helped dozens of men with this problem – this is the way they started. 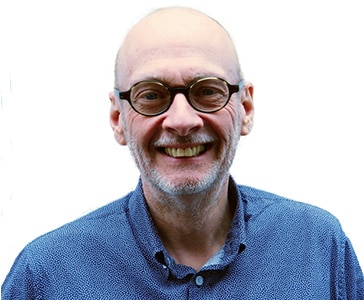 WANT TO MAKE A CHANGE?

Let's chat about how you can begin feeling better.